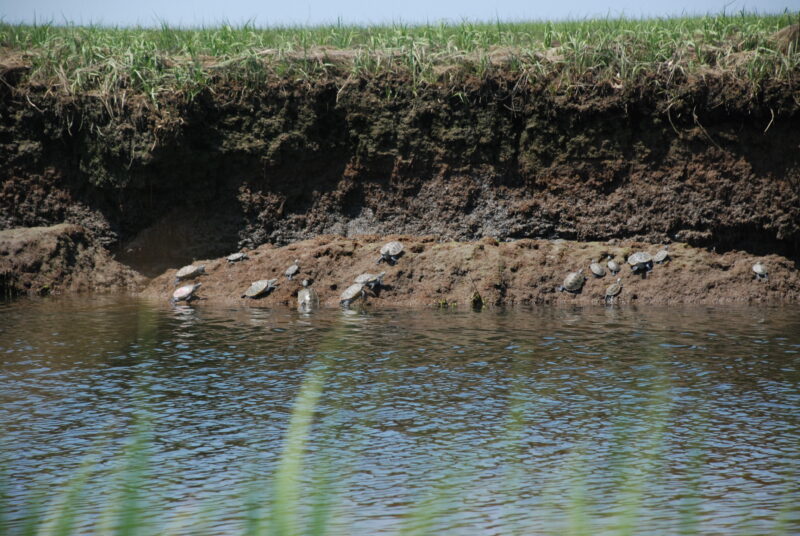 Historically, road kill has been a terrible problem for Eastham’s diamondback terrapins, particularly near the bridge on Bridge Road and a section of Herring Brook Road. The basic problem was the proximity of these roads to the salt marshes and a lack of safe nesting habitat. The turtles would crawl up to the road looking to nest with unfortunate consequences. With a growing population of terrapins this problem was only going to get worse.

To address this problem, in 2018 Eastham Conservation Foundation (ECF) submitted a Terrapin Habitat Improvement Program (HIP) to Eastham’s Conservation Commission and to MassWildlife’s Natural Heritage & Endangered Species Program. In May 2019 the program was approved. Quickly, new nesting habitat ‘turtle gardens’ were created at seven sites, fencing was procured and installed, and turtle crossing signs were erected.

Having now completed two nesting seasons for 2019 and 2020, we can report that the HIP has been a great success. The combination of fencing and new nesting habitat prevented most terrapins from entering the roads resulting in no road kills for either year at these two sites. There were a few terrapins that found a way around the fences and were rescued. In 2020 there were eight turtles that nested in the new turtle gardens producing nine nests. In addition, these turtle gardens provided the opportunity to relocate seven nests from less desirable places nearby. Although HIP has significantly reduced road kills, it is still a problem on roads not fenced. In years 2019 and 2020 there were a total of seven road kills elsewhere.

For a complete overview of the 2019 nesting season read Bill Allan’s Eastham Diamondback Terrapin Conservation Report:  2019 Report The 2020 report will be available in October after the hatching season. 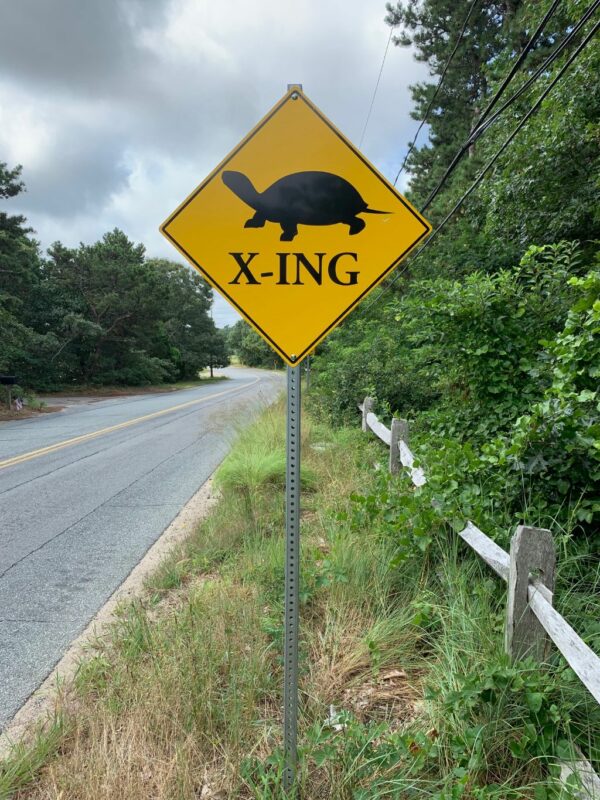